Who is John Van Deusen 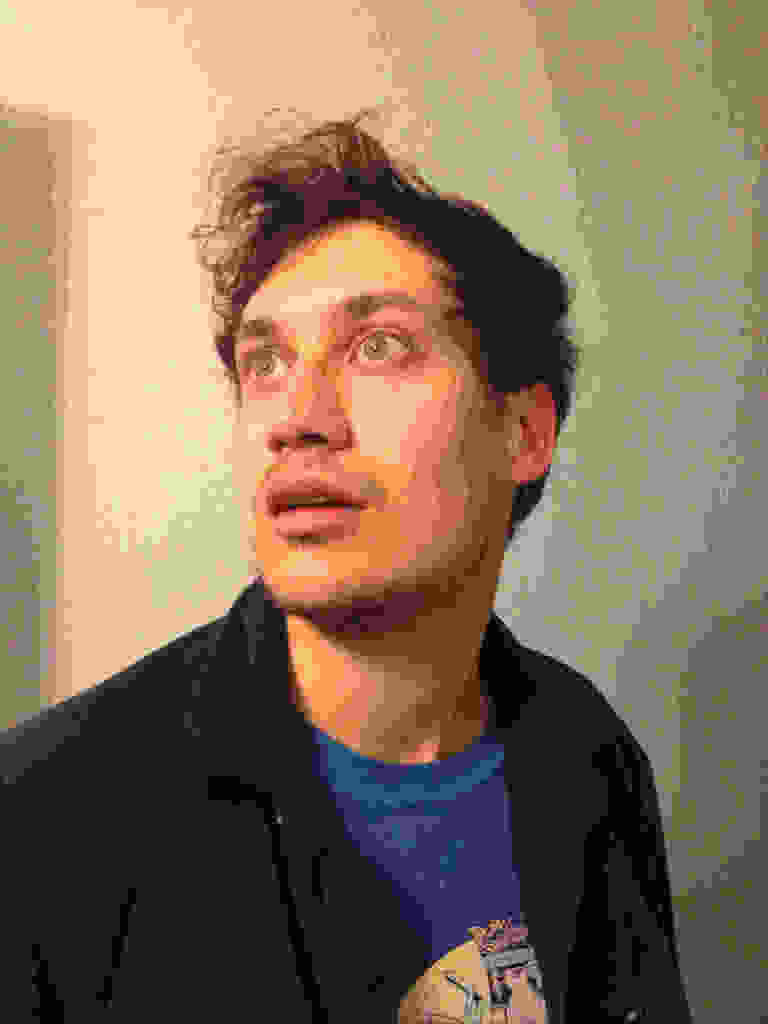 John's a sweet dude. He grew up in Anacortes, WA and started playing in bands. Back then he had a whopping mop of curly hair and played some emo keyboard music. It was already pretty good. Like you could tell he was getting somewhere.

With some buddies from Anacortes he started The Lonely Forest and ended up making a couple albums with them after winning a Battle of the Bands thing. Then Chris Walla signed them to his new label and they made another couple albums. They toured the country in a van, played on Jimmy Kimmel Live! (good luck finding that clip online), and eventually called it quits (well, hiatus, but you know how those things go. maybe someday?).

After taking a few years, John started releasing solo albums. He's still doing that now! Like literally *right now*. He's released 3 albums as part of the "(I Am) Origami" project and is about to release the 4th and final one. I've heard it. It's pretty good! Trust me.

Anyways, here's the official bio he faxed me in case you wanna get all buttoned-up and put your reading glasses on:

Throughout all of his work, John Van Deusen seeks to holistically examine the human heart, starting with his own. Like with the three installments that preceded it, Marathon Daze—the final chapter in Van Deusen’s (I Am) Origami album series—illuminates the darkness and divinity that coexist in a life. It’s Van Deusen’s single-most encompassing artistic statement both musically and thematically.

Sonically, Marathon Daze shifts between the quiet, rough-edged intimacies of acoustic bedroom pop and the glimmering, visceral heights of arena rock that Van Deusen honed in his acclaimed first band, The Lonely Forest (Trans/Atlantic Records). Inspired by a fascination with ambient music and artists such as Enya and Judee Sill, Marathon Daze takes a sweeter, more jangly approach to his usual blend of earnest power pop and hook-y indie rock. Like all of his work, the record also draws influences from the DIY scene in Anacortes, Washington where Van Deusen found his start and where he once again finds himself home.

In many ways, Marathon Daze is a homecoming—a record that brings Van Deusen’s artist output full circle. It was recorded at various locations in Anacortes including The Unknown by Nich Wilbur (LAKE, Angel Olsen, Stephen Steinbrink). It is being released by Knw-Yr-Own Records—a small yet iconic Anacortes label (owned by Bret Lunsford of Beat Happening) that has released music by The Microphones/Mount Eerie, Karl Blau, D+ and many more artists that have been inspirations and peers of Van Deusen over the years.

As a conclusion to a multi-album project, Marathon Daze is the (I Am) Origami series in a microcosm. Besides touching on many of the sounds and tones of the preceding records, it has a clear narrative that summarizes the themes of the project. Across the first half of the record, Van Deusen explores how disorder affects the soul. In a key moment, he wonders what even remains of a person if you remove their brokenness. However, Van Deusen doesn’t end the record shackled by frailty. Instead, Van Deusen devotes the record’s latter half to seeking out change, healing, and rest. In total, Marathon Daze is a confession and a prayer. It recognizes that brokenness is innate but that restoration is also near at hand. It’s a balancing act, but one that ultimately tilts towards hope.

(I Am) Origami Pt. 4 - Marathon Daze releases on June 3rd, 2022 via Knw-Yr-Own Records. Recorded at various locations in Anacortes, Washington, it was co-produced with Jonathan Keane and mixed and mastered by Nich Wilbur at The Unknown. John Van Deusen currently resides in Anacortes with his wife and son. He also plays in the punk band, Buffet and pop band, Telephone Friends.